These women's chat mags are damaging our society

These magazines have strong adult content displayed on their covers and in the stories they feature.   Help us get them treated as adult material and moved to the newsagent's top shelves in sealed bags so only the title is visible.

Email ThisBlogThis!Share to TwitterShare to FacebookShare to Pinterest
Labels: - Curb The Chat Mags

Here are some facts about women's chat magazines you may never have considered before...


These magazines contain strong adult content and need to be treated as such.
Help us get them moved to the top shelves in sealed bags so only the title is visible.


These women's chat magazines cherry-pick and publish stories that have been deliberately selected to portray men as evil and cruel killers and do so purely for the casual entertainment of women.

What if there were weekly magazines for sale that ONLY selected and printed horrific murder stories where all the rapists and murderers were BLACK and all their victims were WHITE?

We would consider it racist and have it removed from the shelves.

And yet these women's chat magazines use the same approach when they select their stories to publish.  The killers are always male and the victims always female.

Supposing a MEN'S MAGAZINE appeared on the newsagent's shelves that didn't show naked women, but published the SAME STORIES of rape and sexual abuse of women and children - but for the casual entertainment of men instead of women.
​
How long before they were being accused of misogyny?

How long before there was a campaign to ban them?


So why do we treat these women's chat mags any differently?

"Don't they portray men as evil because men really do commit these crimes?"

"Surely, these magazines are just a bit of harmless fun?"


"So you want to ban them, even though there is no law against them?"

"But don't children see these mags anyway, when women take them home and leave them lying around?"

"These type of chat magazines have been around for a long time with no effect on our society. "

"There's no evidence to show that these magazines have a detrimental influence on a child's development".

"Why shouldn't women read these types of magazines if they want to?"

How You Can Help 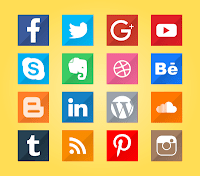 "Curb The Chat Mags" is the first (and still the only) campaign to tackle this problem head-on and with your help, we can make a difference.


Want to do something about it right now?

The longer we all take to get these magazines moved to the top shelves and in sealed bags, more and more children will be reading headlines like these...

Alert your local supermarkets about this problem.

Here are some more links.  These are the home pages of the magazines.  Go and leave your opinion right on their doorstep.

Although the list is very small, there are other campaigns that are helping get these magazines under control.  See more details here.

Email ThisBlogThis!Share to TwitterShare to FacebookShare to Pinterest
Labels: How You Can Help

Chat mags - Are they such a threat?

Are These Magazines Really Such a Threat to Society?


These adult-themed chat mags are aimed at females but anyone can buy one.  There's no campaigns against them.  Their "sex and horror" headlines are force-fed to shoppers and children from newsagents and supermarket shelves. This is not how we are supposed to treat adult material.

As well as rape and incest, these chat magazines preach a misandric view of life by selecting stories where the sadistic killers are always males.  All these magazines promote their publications as being a true representation of every-day life.  Chat Magazine itself even promotes itself as "the real-life weekly".  The stories in these magazines make sure that children who see them will grow up thinking that all males are evil monsters and are not to be trusted.

Subjecting impressionable minds with constant stream of material like this for decades will inevitably have a negative effect on a child's world view.  These chat magazines are extremely corrosive and they will have an influence on how children grow up to see the world.

Consider sitting down in front of your children and reading some of these headlines out loud to them.   If you think that's a bad idea, do you think the newsagents and supermarkets should display them next to the comics?


We now have a generation of children growing up thinking that it's acceptable to treat males as potential molesters, pedophiles, murderers and rapists, just waiting for an opportunity to attack and kill them.  It teaches them to hate and despise men.  They grow up fearing their fathers, their brothers and their uncles are all "killers-in-waiting".  These type of magazines actively seek to reinforce these fears in their pursuit of profit.


The headline here are displayed on some of the popular women's magazine for sale in the local high street newsagent and supermarket in June 2017. They are priced aggressively low, selling for just a few pence.


There are no restrictions in selling these magazines to minors, or where they are displayed.

Over 250 different editions of these women's chat magazines published in a year... millions are sold every week from supermarkets and newsagent shelves.  How many children saw them? And how did it affect their view of the world?

Some Children's Charities have voiced their concern

Some supermarkets have had complaints levelled at them and reported in local (not national) newspapers.  Strangely, it's the men that seem more concerned with getting these displays of sexually graphic headlines relocated.

Email ThisBlogThis!Share to TwitterShare to FacebookShare to Pinterest
Labels: Chat mags - Are they a threat?
Older Posts Home
Subscribe to: Posts (Atom)